the mouths of poets

Among fans contributing drawings and articles to "The Arbiter" was Sam Stelling. Another fan was novelist MJ Weller who'd written 'The Doomed Boy' - first in a quartet of books featuring quadrophrenic cockney character, Mike Weller.

return of character (2) to television 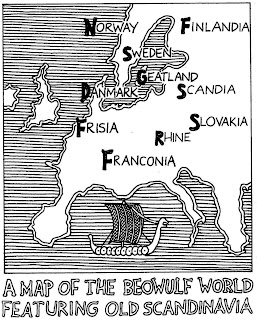 
Cleaves international poetry journal is introducing new poetic psychogeographies - a new map of the Beowulf world. This is not only innovation from Cleaves. Platform developer Harry J. Godwin is using machine coding as instrument for innovatory customized textual projection.

Very different from old-fashioned scrolling or 'free-to-use' automated software templates used on blogs like this. In some ways 'scroll down' and 'off-the-shelf' software for screen reading of poetry counters print-based 'towards design in poetry' innovations of British Poetry Revival generation when transferred to online practice.

'& Holly Pester Does It Better' reprinted again October. It's a home'baked book in progress - revising text whilst still learning about work of both new and older modernist female poets, some with gorgeously difficult-to-pronounce names that make utterance like "...& Hjalmar Gullborg (1898-1961) does it better..."

Hjalmar Gullborg was a male Swedish poet who gained entry into text through trojan horse of unfamiliar guttural slur. Who knows what uttered name may appear in further amendments of title simply by sounded intonation, timbre, pitch, key or duration.

Veer request one or two back cover puffs. Puffs on recent Veer titles appear to détourne mainstream promotional paperback puffs. They are meant to be subvoicive puffs aren't they?

Television coded as television for Google blogcast. Erasure (html strike through) does not always appear in connected blogs, nor red font. There may be difference watching X Factor on Saturday night British ITV1/or ITV Player during following week compared with watching clips from X Factor on youtube inserted as blogcast. One is TV. t'other be television.

bit of attitude + poetics of hilson surnamesake from (place is the space Malvern, Worcestershire, UK)

absolutely born to be a pop star...give it up for... 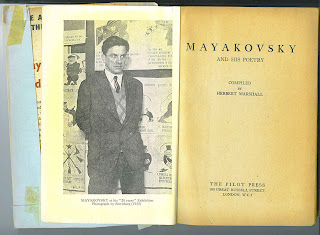