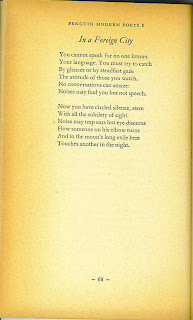 WHILE THE FOREGROUND LOOKED PLEASANTLY INDUSTRIAL 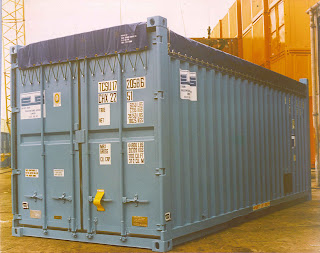 Early jottings awful although medium, the 'exercise book' with feint lined pages, were blogform at time. Filled with notes and drawings, publication in electronic blogform adds visual reproduction of text. Extract made with fountain pen and blue ink. Quink-textual. 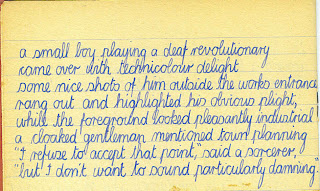 When I studied English Literature one of my tutors, Mike Holly, told me story. As former English teacher in secondary education he was curious about one boy diligently writing at back of class through every lesson he tried to teach. He eventually confronted pupil to find opened James Bond paperback on desk. Boy was copying Ian Fleming word for word into series of exercise books. "Why are you doing this?"
"Because it makes the book mine." 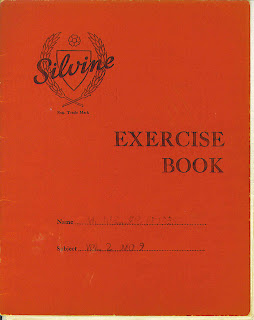 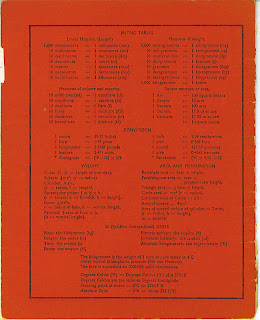 'POETRY IS INDISPENSABLE - IF ONLY I KNEW WHAT FOR.'

Jean Cocteau said that. Cocteau is quoted in opening to Ernst Fischer's first chapter on 'The Function of Art' in Pelican original The Necessity of Art.

Adopted, brought up, and schooled in southeast London - UK secondary comprehensive system during early 1970s seemed to have failed Pete completely. Into fights with male English teachers, kicked out, then rounds of building sites and local factories at fifteen. Don't understand cos Pete could write what he meant, spell and put apostrophes in right place most of the time.

Pete eventually found work building cycle frames for Holdsworthy in Anerley. He enjoyed open-air working encouraged in good weather. This changed when works moved to custom-built factory without windows at Cambridge Grove demolished for warehouse-building after years as milk depot.

Back in the day I said to Pete I needed to make art go to work and he looked at me and said, "Like Elvis Presley?" 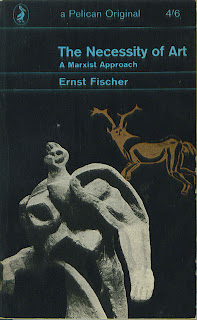 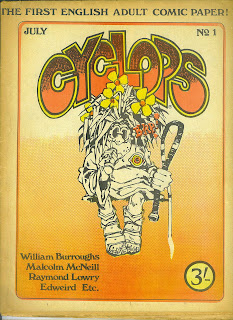 It was known among publishers and editors Bill didn't do "lunch". Innocence and Experience were also to learn Bill didn't like comics. This was 1969-1970 when US underground comix seemed appropriate milieu for radical counterculture artwork. A compromise was reached between publisher, writer and illustrator. McNeill produced work in narrative-caption style of Flash Gordon and Prince Valiant 'Sunday Funnies' adventure strips Burroughs remembered from 1930s.

On return USA Burroughs acquainted himself with Kansas beat generation and work of S Clay Wilson. 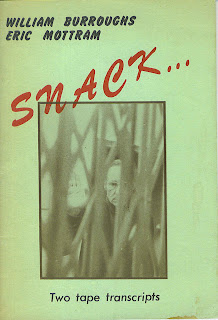 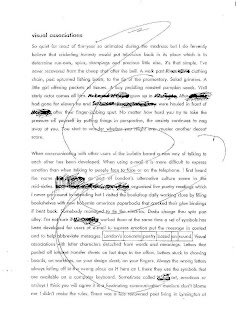 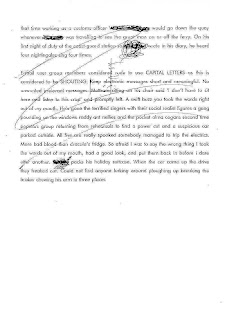 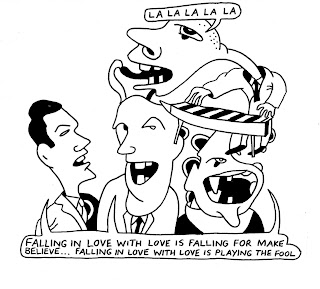 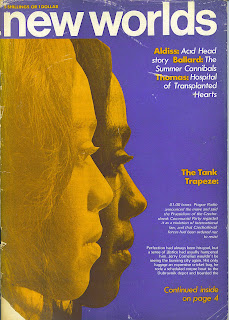 Besides, 'Jerry Cornelius cartoon' wasn't comparable with other juvenile adventure or funny weeklies, US comic books, nor syndicated daily newspaper cartoons and serials.

Graham Keen, member of it's editorial collective heard voice of Blake with idea for comic book imprint Innocence and Experience. As with poetic Children of Albion - comics for the 'Underground' in Britain emerged. 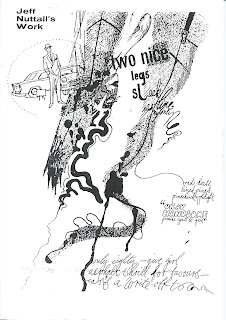 Shit dovie has been meroved by the ruse.
No comments: 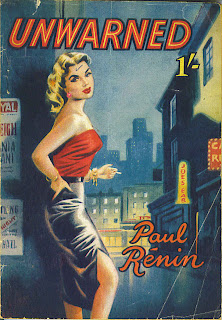 Cheap and nasty, poorly written, badly drawn and painted - US sex, crime, humor and horror comics published under English imprints were readily available to children from sweet shops in UK after the Second World War. 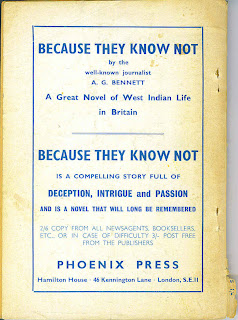 A moral panic in both USA and Britain during the early 1950s resulted in censorship. 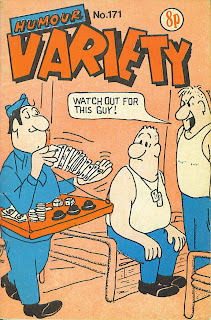 A Christian vicar from Lancashire, Marcus Morris, divined to conceive Eagle for boys and Girl for girls.

Hackney-based publisher L Miller produced compilations of lost 1950s horror and humor. Still sold to children in 1969 English backstreet sweet shops when Children of Albion "Poetry of the 'Underground' in Britain" was available on high street paperback stalls and Britain's beat generation had Blake's eyes in their hands. 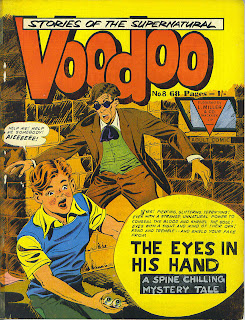 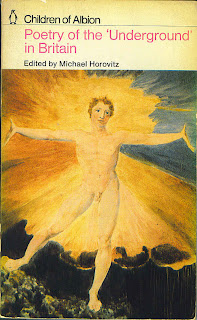 No beat generation beginner Royston Ellis. Perhaps he never heard voice of Blake. Anselm Hollo, Lee Harwood and Tom Raworth though. One Barry Tebb contribution 'School Smell' and seven from Ted Milton including "Coleman's 'Tomorrow is the Question'".
No comments: