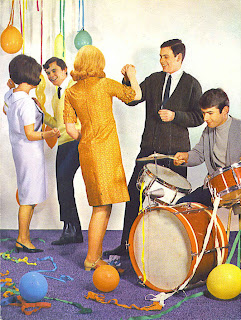 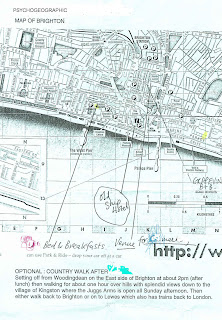 Where's the milk. Shit, is that a fridge or a freezer? Are you tryin' to confuse me, man?

Have you ever tried to be like Bob Dylan making coffee and needing good clean-up after Saturday's party with young up-and-coming beat poet sleeping over in blue leggings, trainers & woolly socks. 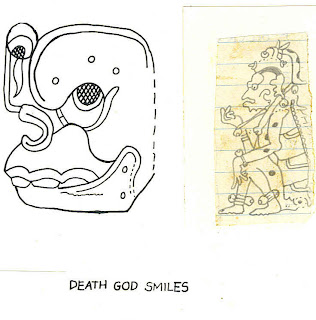 A LEGEND IN HIS OWN MIND

By 1990 beat generation bass poet Jet Harris had recovered from alcoholism associated with his celebrity decline.

In 1990, with support of Dave Wheatley, Dave Holbrook, Maggie Holbrook and the Jet Harris Fan Club - a self-published cassette of Harris's 1980s recordings, A Fist Full of Strings (and a bit of chat!), was sent to fans, including Peter Butler and his wife, Lisa. 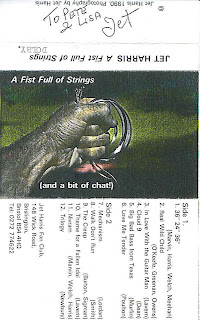 During the '80s Peter was occupying himself whilst living in Denmark by compiling and customizing cassette tapes with extensive documentary notes, then sending them to rock 'n' roll fans worldwide by snail mail. 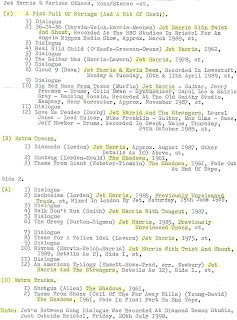 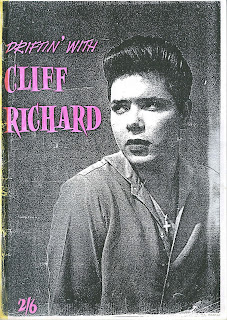 Excluded from 2009 fiftieth year Cliff Richard and the Shadows reunion concert celebrations, Jet Harris made live return in 1999 concert with Bruce Welch's Shadows. Welch introduces bass poet as "A legend in his own mind."

... a group of teddy boys invited her to join them for a bit of fish and chips in Penge, a London suburb.

'But it is comedy,' Mailer adds. 'For the Millers are tied in class knots.'

JUST ROOM FOR ONE INSIDE, MEESTER BURROUGHS

Room for One More Inside, Sir.

1973. Cap Stelling, waiting in Whitehall for number 12 bus from Shepherd's Bush to depths of Penge - catches sight of St Louis paperback writer reading menu displayed on restaurant window near Great Scotland Yard. Burroughs is chuckling at contents ... yes, around quarter-past-four in the afternoon ... 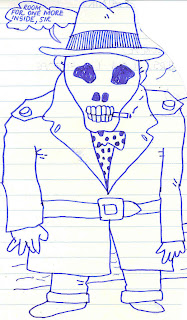