First taught 28 years ago when these Distraction Club performers may have been little more than a twinkle.
No comments:

Note: Blank grey scale pixelated slides appearing above replace images of "JIM'LL FIX IT" badges published in original post. The present blogger did not authorize their current removal or substitution. Whether for technical, copyright or censorial reasons this has occurred at Google blogspot, this post and later related post are now rendered partially meaningless (23/7/13)


Dear Sir/Madam
Sorry for taking your time. Please let me introduce my business. Our company is professional in metal deep processing, with stamping, punching for many many machine parts, buildings, and furniture, bathroom and kitchen hardware, and also make ramps and racks for BBQ grill and shop shelf. We are a big plant, competitive price in the industry. Meanwhile we always produce under customer's design. Please send you design if you have interesting in working together with us.
Thanks a lot.
Ms Chang
Ningbo Tede Metal Products Co., Ltd. 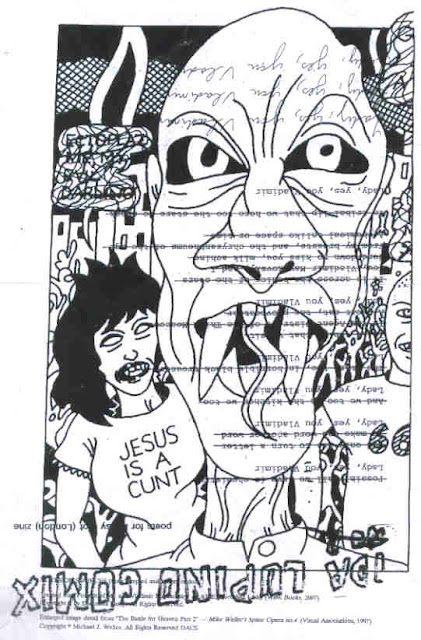 Occasionally, I think of two different rhymes, a good one and a bad one, and I always choose the bad one because it is always the right one.
Alexander Vvedensky

A Voice Inside (Home'Baked Books by Michael John Weller, 2010).

If so, time it saw reprint. Has lines beginning and ending ---

*Mossad Press is an imprint of Sad Press Books

Margaret Roberts and a film star 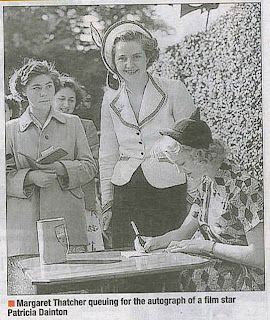 the invisible artist
No comments: 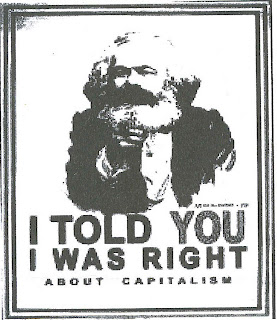 It is impossible to fully grasp Rimbaud’s work, and especially Une Saison en Enfer, if you have not studied through and understood the whole of Marx’s Capital. And this is why no English speaking poet has ever understood Rimbaud. Poetry is stupid, but then again, stupidity is not the absence of intellectual ability but rather the scar of its mutilation.

Continuing ballad of The Someday Funnies

This ballad was written originally as poetic hommaġe to a 'lost' book of the 1970s. As legendary among sci-fi and comic fans as HP Lovecraft's 'lost' Necronomicon among fans of horror fantasy.

The Someday Funnies as book-myth became topic of study in an article by Bob Levin for an issue of American Comics Journal in 2009. (The Comics Journal considers comic-book and cartoon-strips as art and literary form through serious and scholarly analysis. There is nothing comparable UK where milieu writers have arguably veered to medium of radio and television. And comic-book artists still seem to be perceived as part of some creepy swivel-eyed male geekdom.)

My own understanding adapting beat generation ballads from blog to Veer bookwork at the time was that Levin's lavishly illustrated essay on The Someday Funnies in The Comics Journal was something of a revelation.

What I didn't know was Comics Journal had stimulated interest, not only in Michel Choquette and his lost comic book, but a will to finally publish the hidden hoard of submissions which included a full page contribution from Mike Weller when he was living as alter-ego '70s underground cartoonist, Captain Stelling. Over the years Weller and his 20th century pulp experience has been fictionalized by present author as both historical object and personal subject in Mike's own visual bookwork Space Opera and entry opening decade 21st century worked as prose-fed Michael John home'baked Slow Fiction.

And the tombstone of a book is causing a stir on the other side of the pond. Puffed and hyped-up in North America during fall 2011 - conflicting reviews of Choquette's book have since appeared at The Comics Journal website itself where one editor Tim Holder describes his own journal's response as a house divided. This is because original discoverer Bob Levin celebrates publication while Journal co-editor Dan Nadel's disses the book's arrival, backed up by several posts acquiescing with his critique in the comment thread. R. Fiore's later post at the Journal
provides a detailed, much wider critique of selection and content - followed by a long thread with several knowledgeable comments.

Choquette responds to reviews of his book by taking it out of a generic house of comics to wider blogosphere online @ Huffington Post.

Present author composed 'The Someday Funnies' ballad when believed lost. He wouldn't change one visual or written aspect now it's been found.