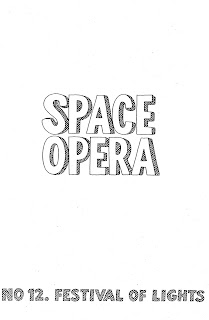 It opens with a character named Mike Weller going to Walford between location for EastEnders TV filming and film itself. Closure of 'Mike Weller's Space Opera' is sountracked by Neil Sedaka's Stairway to Heaven. And that's where music stopped taking the Mick... Well-a, well-a, well-a, heavenly angel... Twelve books --"Mike Weller's Space Opera" -- were finally collected in September 2000 as spurious purple-covered Parsifal-length Space Opera The Artist's Book, printed by Intype-Libra of Wimbledon. Digital files of this book and MJ Weller's next three titles in his own tetralogy have all been wiped into oblivion. Weller's Visual Associations and Home'Baked Books printing firms commissioned to make his perfect bounds, chapbooks and 'zines as objects' have been taken over, gotten re-located due to EarthCo property world speculation and estate development.  Gone 'out of print' as producers in a dark festival of twenty-first century South London printshop absences.

The first eleven issues of Space Opera pamphlets, all with decorated inside front, inside back, and illustated back covers paid homage to 20th century Marvel and DC 36-page superhero comics--but by issue no. 12 Weller had well & truly written and drawn himself out of comic-book art into visual poetics--a long process of transformation explained through twelve space opera pamphlets twenty years on from original publication, as thirty months of blog entries 2017-2019.

SO #12 was an extended 48-page issue still including inside and outside cover decorations. The entire pamphlet series was printed by Bob Cobbing's New River Project published by Association of Little Presses (ALP) affiliate imprint Visual Associations 1997-1999.

on living through an upside down 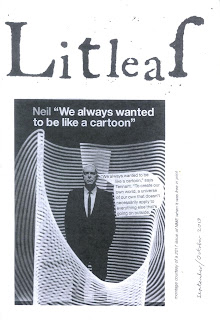 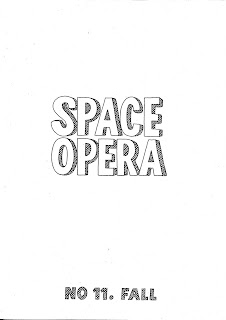 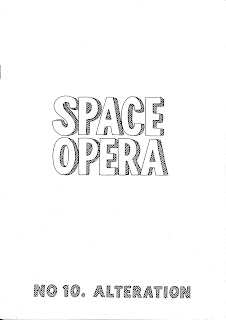