improving the image of construction

PSYCHOGEOGRAPHY OF LONDON UNDER CONSTRUCTION 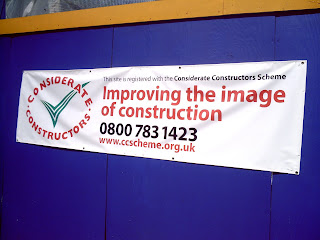 Demolished window-less bicycle factory that so pissed off Pete Butler, and milk depot it was converted into for final days, has been replaced by another window-less structure in postmodern blue and yellow hardboard. Referenced here also, made minimovie and videographs to compare deep topographies then and now. You can hear moving-image maker fall arse over tit as camera is desperately saved from breaking whilst documenting bowed road sign 'Cambridge Grove'.

now here's a tale for tonight

London bookartbookshop's second night of good reads from an exhibition 19:30. 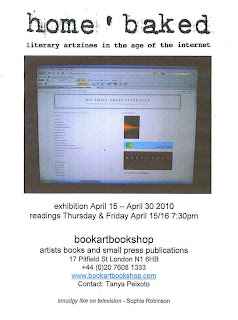 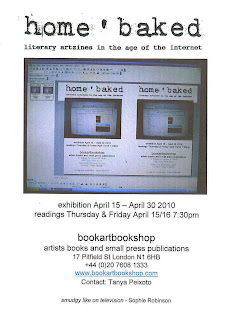 For next couple weeks London's very own bookart boutique window will appear similar to ... 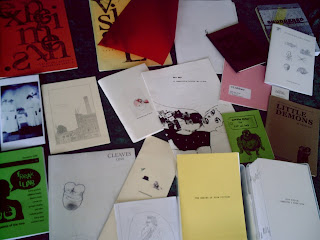 Planning e-book versions of Slow Fiction blogging EGNEP has made guide to characters and scenes. Scenes are both real and imagined places. All characters taking part are imagined. Some, the writer likes to think, have that contemporary English novelist's sense of feeling, depth and paperback believability. Others are slightly whimsical, some downright cardboardy and comic book.

One conceit in Slow Fiction is the Earth Corporation (EarthCo) , new metaphysical fabulation with entertainment division. So what happens when character Mike Weller walks onto set of live action reality tv? In the fiction EarthCo are making movie at EGNEP location Penge. Will Mick be simpsonized Earth Corporation Entertainment III? Well ... er ... no. 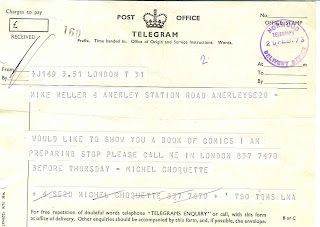