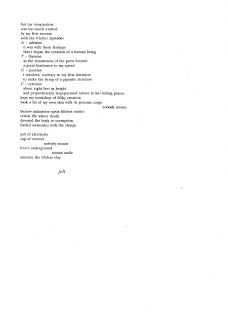 Stem Harvest (writers forum, September 2002) was among last batch of chapbooks published by Bob Cobbing just before he died. Stem Harvest was subtitled "Nature Poems". I'm not sure Bob liked the book that much.

Within final year of Cobbing-led WF publications - song 'It's a Small World After All' was translated into DNA fragments and imported into the genome of a living bacterium.

Possibilities of science and technology in the wake of genome cloning has been explored by the Fishbone Initiative (collective nod perhaps to community collaborative/anonymous science workers) - Deciphering Human Chromosone 16: We Report Here (information as material, 2007).

But if long rule-based pattern encryption is required to make poem feed off its own organism - poetics of scripton & cybertexton may finally have come of age.


Songs Our Teachers Learn Us sequence
No comments:

"...but even the president of the United States and his wife sometimes must have to stand in their underwear without any visible sign of genitalia..." 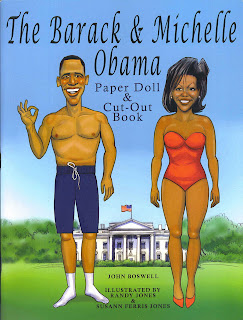 Songs Our Teachers Learn Us without sound

Songs Our Teachers Learn Us on the Internet

Thank you, Sarah.
No comments:

Four reasons to watch out for this Weller guise

If notion of 'wellerverse' sounds mad (one or two of Paul Weller's fans may live in a muso's 'Wellerverse' but that is a somewhat different fairy tale) to blog visitors here, most likely means unfamiliarity with Michael J. Weller's Space Opera and Slow Fiction bookworks.

To explain. Firstly, Michael Weller is an elderly, dull, boring London suburbanite with estaurine sarf landhan glottal stop sans caressive mic-skills or any velvety whisper-lilt for that matter. Heard south London voice shouting up parochial southeast London spiritualist church on local commercial radio station once, sandwiched between DJ promoting carpet bargains & traffic news. Ugly utterances not poetry at all. A less contextualized poetical discourse would be hard to imagine. Yet wasn't hard to imagine remembered voice could have been that of ventriloquized Weller.

Secondly, Michael is invited to help organize two evenings for 'Beck Fest', a Beckenham Library festival tacked onto first ever 2011 Bromley Literary Festival in June and July. This, the writer hastens to add, is not an invitation for any of the Weller guys to read or perform.

Thirdly, to ensure local artist and writer couldn't become more localized if he tried - Mike Weller has been featured as Penge 'artist and poet' resident for Bromley Cuts Concern's (Bromley Against the Cuts) media campaign in local newspaper.

And fourthly, to cap it all, an 87-year old woman named Freda (is that spelled correctly?) sitting outside local café called Mike over to the table she was sharing with younger friends.

"I saw your picture in the paper. Are you really a poet? Is that true? Yes? Oh, how wonderful! Do you know Walter de la Mare lived in Penge? Wonderful man. Nobody has heard of him these days. He's forgotten. Such a shame."

Why on earth did Michael say that?

Because it connected with something lost, faded, obscure, oddly local but English in modern POETRY kit way, as one poetic slipstream among many - networked globally via internet.

Joyfully and mischievously playing on once-bright realities. And without appealing to nostalgia, anti-modernity, or post-modernism.
No comments: