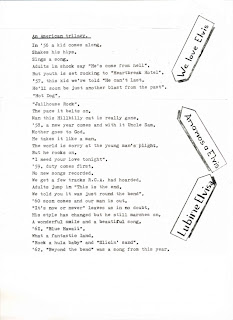 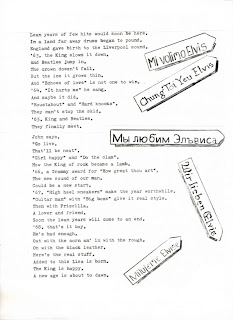 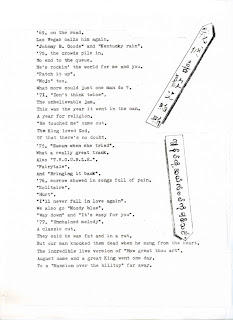 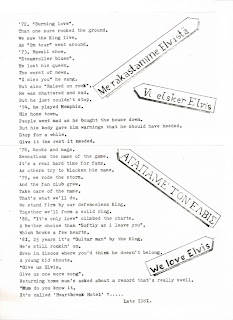 Partly inspired by another British television comedy drama series, this time Auf Weidersehen Pet from 1983 - Peter Butler took Norman Tebbit's advice, got 'on his bike', travelling by ferry to Denmark. In London he'd met a Danish girl and fallen in love. The young woman was named Lisa, forename of Elvis Presley's daughter.

Pete Butler, being Pete Butler, and an Elvis fanatic read into this personal coincidence absolute poetic romanticism. A cosmic gift from the King himself. For Pete, surely it must be the work of Elvis the King? In beat generation take on epic of Gilgamesh, a poet is writing young Brit into new script as likely lad construction worker character, breaking away in self-exile from Margaret Thatcher's UK. Trying his luck in Europe. Divinely guided by a Danish girlfriend with the same name as the King's daughter.
No comments:

"BUTLER. I MIGHT HAVE GUESSED I'D FIND YOU BEHIND THAT."

In this youtube clip from 1990, Wogan interviews Reg Varney (Stan Butler) and retired cast 20 years on. 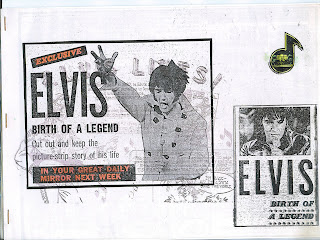 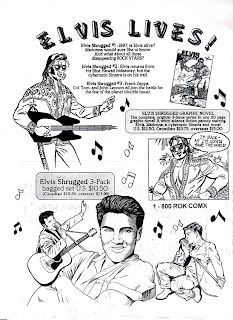