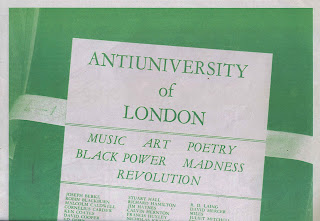 'Antihistory Tabloid' found at House of Brag this year.

As a young man when the Dialectics of Liberation Congress led to formation Antiuniversity of London: Mike Weller was bemused and suspicious about an elderly grey-haired white man who would regularly turn up in the audience when revolution was in the air.

In 1967 it could be cool to be a London organizer like poet Bob Cobbing or an elderly grey-haired invited speaker like Herbert Marcuse. Not so cool to be an old bum on seat among an audience of young men and woman. James Savile was well into gigging by then - for not every male actor or entertainer in the '60s got to play BBC family friendly Dr Who in a broom closet time machine. 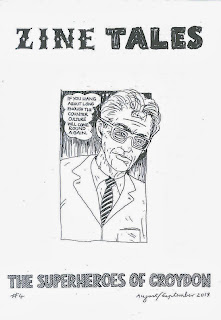 Tiny Clangers, one hand gripped tightly to their pushchairs - sometimes wheeled along by Croydon's yummy mummies - don't pass an elderly man's knees at eye level, look up, point and then turn and cry "Man!" at their embarrassed mothers without good reason. It's early recognition of the adult human cismale.

"Is there hate in your content?"
"I hope not," was Mr.Weller's reply.

Forgetting thirty-two years before, quite possibly before Charlotte was a twinkle, a still relatively young Mike Weller had drawn "Hate on the Dole" for Chainsaw punkzine.

As non-history, hate is shouty poetic and artistic energy. 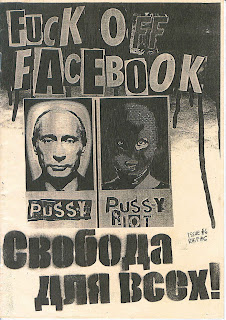 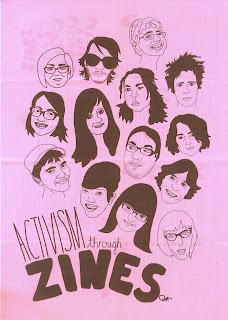